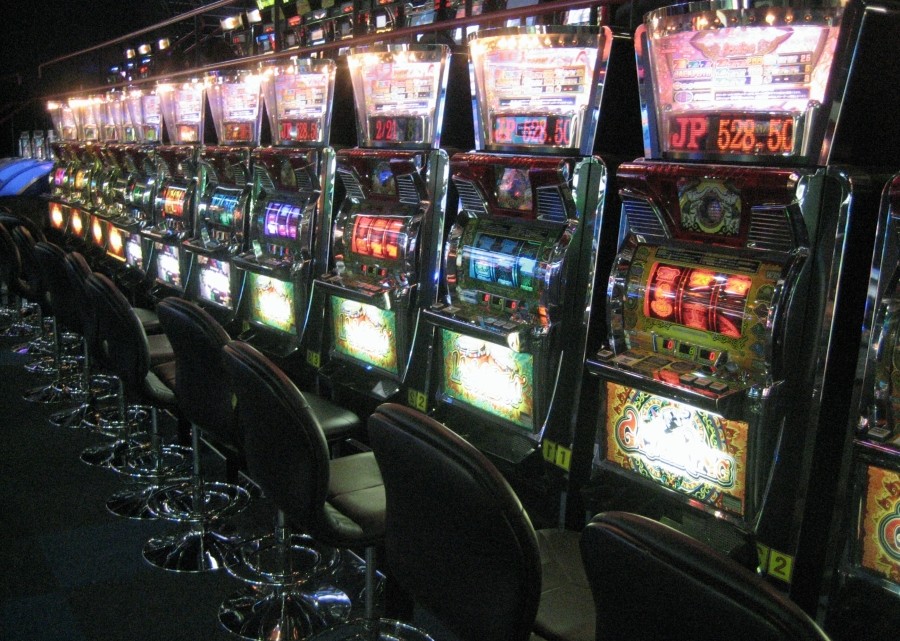 That time the slot machines in California have been semi – legal, but they soon became completely illegal since a law prohibiting gambling was introduced. Then slot machines were modified as vending machines for gum and candy. Fruit that we see today on the machines’ reels such as plums, pears, cherries etc. are nothing more than reminder to us relative to the difficult relationship between the slots and the law before. By the way, in the UK, the slot machines are called fruit machines. Although the slot machines were banned in California, Fey continued manufacturing them illegally. For which he was arrested and penalized.

Nevertheless, slots gained a considerable momentum – their popularity was not affected even during the Great Depression.

In the late 40s slot machines appeared at the Flamingo hotel in Las Vegas. Originally, they were supposed to entertain the wives and the girlfriends of the rich players who spent their money at the casino playing card games or roulette. But soon machine games captured the market and in the mid 80-s the popularity of slot machines and casino table games was about the same, but during the 90s the slot machines began the bring to casino owners about 2/3 of their profits! Of course, we need to admit that popular slot machines are popular since they do not require personal contact, they often offer a big payoff against a small fee per game, and the pace of the game was to be chosen by the player.