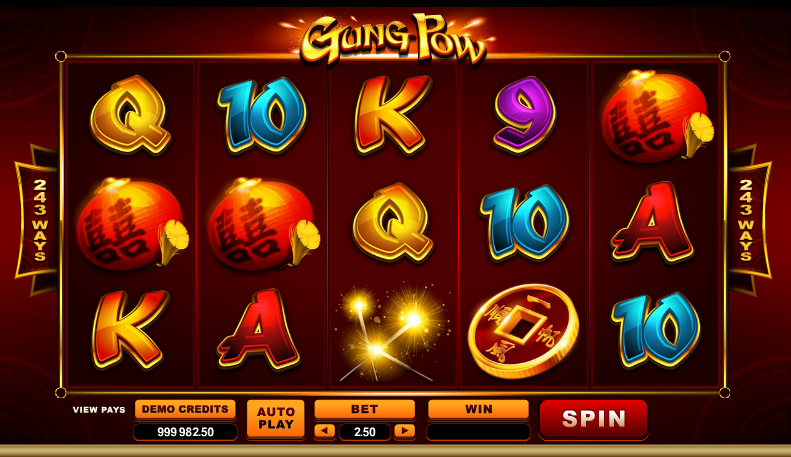 Microgaming is one of the most diligent online casino games development company of the industry. It tries to release at least one new video slot machine each month – but sometimes even two or three, like the So Much series of three video slots last summer. This year it has only released one video slot machine yet – called Gung Pow – along with a game built by another developer (Rabcat) which it has licensed. But the company was not lazy at all – Gung Pow has turned out to be an entertaining and quite lucrative slot machine. And I will review it in this article.

Gung Pow is a five reel, three row video slot machine built in the unmistakable style of the developer – with lots of colors, a fun soundtrack and loads of coins to win. The game was inspired by the upcoming Chinese New Year. It starts on February 19th, when we enter the year of the Wood Goat. People born under this sign are said to be gentle mild-mannered, shy, stable, sympathetic, amicable, and brimming with a strong sense of kindheartedness and justice. This year is said to have a negative impact on the financial decisions made by people, so make the right one – play Gung Pow and win big. 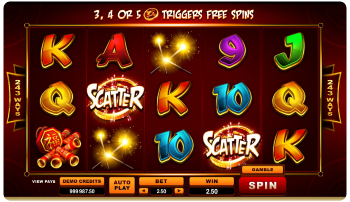 The symbols on the Gung Pow video slot machine’s reels are all inspired by China. Among them we can find lampions, fireworks, Chinese coins and other similar symbols, along with a series of them borrowed from poker (9 to A). The Gung Pow symbol acts as a wild card in the game, standing in for every symbol except for the Chinese coin, which is the scatter. Three or more scatter symbols landing on the screen will not just reward the player with considerable amounts (up to 2,500 coins) but also trigger the game’s Free Spins feature, with a 3x multiplier which can be retriggered. The free spins are quite lucrative, too – a feature with a $50 bet made me almost $2,400 richer in no time. The maximum amount a player can win on this video slot is $450,000 – which is quite a lot, i think, for a non-progressive game with no jackpots.

Microgaming prepares three new games for release: the new and improved HD version of Loaded, the Hollywood-themed Golden Era and the sports-themed Cricket Star. All look and feel like great video slots to play with and loaded with considerable wins.

Gung Pow is available in all Microgaming powered online casinos, where you can play online slots both by downloading the free software suite or in a browser window. Look out for the mobile version of Gung Pow.